To promote their new show "Inside Amy Schumer", Comedy Central and their agency Fallon, engaged TH Productions to project Amy Schumer interactive projections on buildings in New York and Los Angeles. Consumers dialed-in to the on-screen 1-800 number, and were able to hear Amy's dialogue.

Radiant Event Technology was tasked with the challenge to ensure that the audio callers heard over their phone was in sync with the video being projected on the wall. Radiant secured an 800 number for each of the 4 projection locations that dialed into the audio track streaming from their server. Software on computers at each projection location was used to sync up the video and remote audio. This one-of-a-kind activation was a huge success, with over 1,600 dial-ins accounted for among New York City and Los Angeles markets. In a world of traditional media, consumers welcomed this unique medium — passersby were impressed, engaged, and ultimately informed about the upcoming premier. 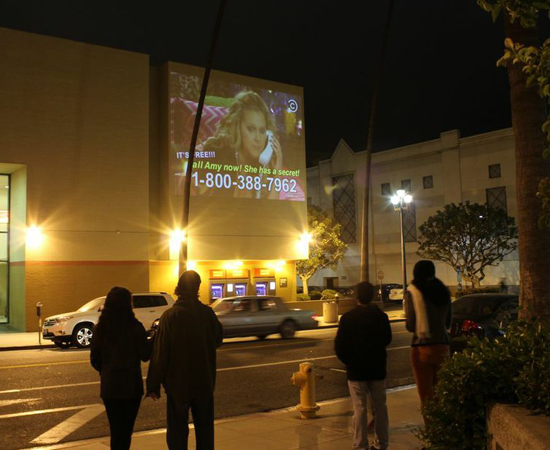 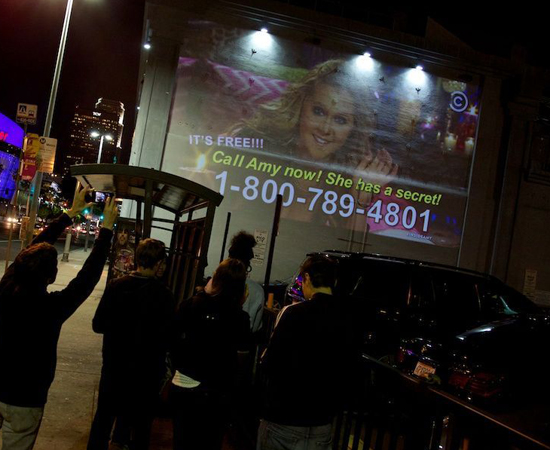